Was it an act of God? Nope! It was a kind act from a team of movers in NJ. After publishing  thousands of pamphlets for an upcoming sermon, a local Church found itself in need of distribution. There was a mistake when the order was made and 10,000 extra pamphlets were printed. 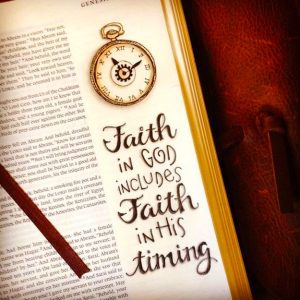 The Church was rather small in size and had nowhere to store all the moving boxes filled with Christian literature, so they called upon a local business that specialized in moving and storing boxes. After coordinating the first pickup, the guys came back with their truck and offered to make another run to the storage unit. As discussions progressed, it was suggested that the movers take the truck full of Christian literature down to the local homeless shelter and hand them out. The moving truck pulled up and opened the back doors, volunteers also showed up to help distribute the pamphlets to those in need of some Godly support. They were able to hand out a few hundred pamphlets to those in need, the rest were taken back to the storage unit where they were unloaded and packaged up for a later date.

The impressive part about this story is that the gentlemen operating the moving truck made that second effort free of charge. It was a blessing, one that was not expected and nobody saw it coming. The thoughtfulness of a couple of moving guys to take time out of their day, gas from their truck, and offer their assistance with this was unbelievable. They say the Lord works in mysterious ways, but there was nothing mysterious about this act of kindness and  good will.

Due to this single act of kindness the Church has decided not to call on any other moving companies in NJ for future moves. This team of movers have officially become the movers of choice within the Church and continue to be used by members of our congregation and by community members outside of it.